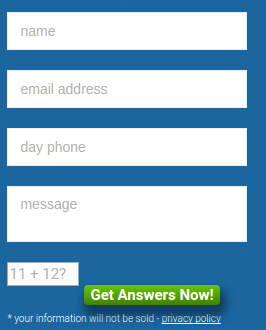 Get help to the most important decisions about incorporating or forming an offshore business or trust today.

The earliest examples of the tax haven are located within medieval Europe where jurisdictions went into competition with each other. Notable examples included the Vatican City, believe it or not! The Channel Islands and the Isle of Man have always provided an offshore tax haven location for the more affluent since very early days. However, it is commonly accepted that the modern definition of a tax haven was first formed around the time of just after World War I.

There are various countries laying claim to being the original offshore tax haven. Lichtenstein was proactive in the mid 1920’s in trying to attract foreign investments and established its Offshore Trust Law and Bermuda created Offshore Company Laws about ten years later endeavouring to be a Corporate Tax Haven. The common perception, however, of the most established offshore financial centre is Switzerland.

History of the Swiss Tax Haven

Switzerland is perceived to be the original and prestigious tax haven and, indeed, this offshore financial centre began its banking efforts early on. With the economic and political upheaval in its neighbouring countries, Switzerland welcomed investment from Russia and Germany in particular throughout the early part of the 21st Century.

Where Switzerland remained neutral throughout the first World War, it did not have any of the reconstruction costs associated with the struggles and, therefore, was able to offer a haven with much lower taxes than its neighbours through tax competition – hence attracting foreign investments.

In the time before WWII, France and Germany were both exerting pressure upon Switzerland to release information about people using the jurisdiction as an offshore tax haven. The Swiss response was to introduce strong privacy legislation protecting and safeguarding its investors and, hence, cementing Switzerland as the safest offshore financial centre in the world in terms of asset protection.

Development of the Tax Haven

Tax Havens were associated with individual avoidance of tax. However, in the post war years, companies became over-burdened by taxation and started to look for alternatives. This is when Corporate Tax Havens were born. Companies could take advantage of tax treaties between their home jurisdiction and the offshore tax haven and pay a reduced rate of taxation. This worked for a while, but the technicalities that permitted this were eliminated as the home jurisdictions realised the amount of tax they were losing.

In the mid 80’s, the IBC – International Business Corporation – was created in Corporate Tax Havens. Some Tax Havens, keen to entice foreign companies, established offshore company legislation and vehicles that were not subject to local taxation and, therefore, very attractive to overseas companies and corporations. The offshore financial centres particularly to establish the IBC were Gibraltar and certain OFC’s in the Caribbean such as the Bahamas and the British Virgin Islands. This had to be amended slightly when the OECD – the Organisation for Economic Co-operation & Development – took taxation matters into hand and exerted pressure upon the offshore financial centres to change they way of working with these overseas companies.

The Offshore Company UK can help you with the usage of a corporate tax haven to ensure efficiency and legality. Call us today to talk to one of our advisers.